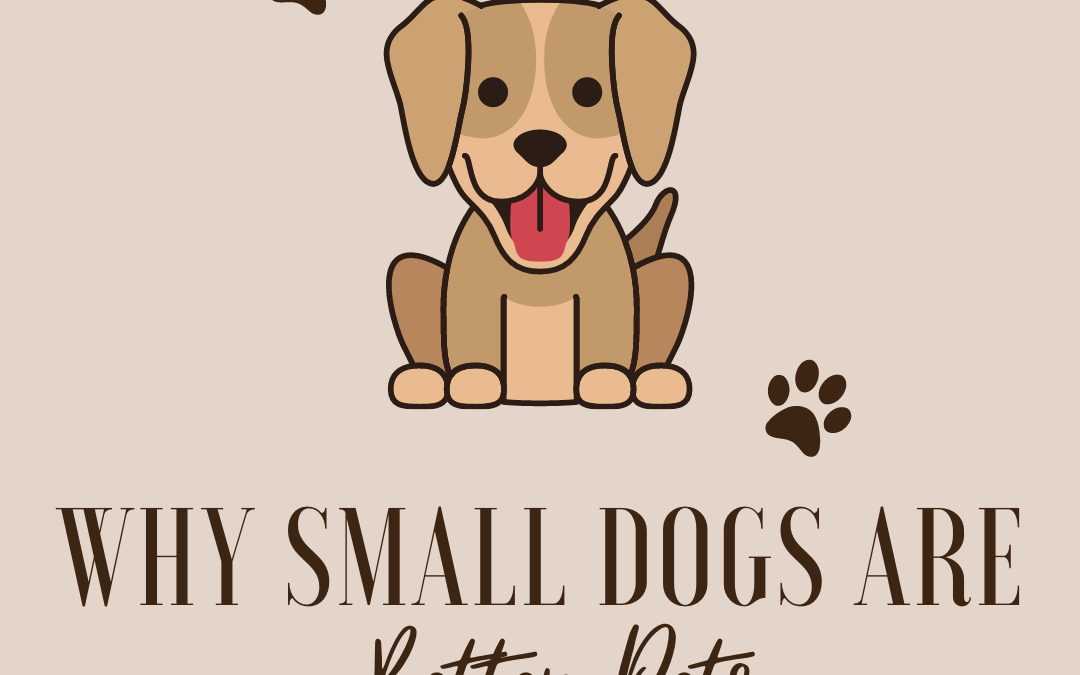 Pretty much anyone under the sun loves dogs in general. For some, they prefer the huge and muscular kind to serve as guard dogs. But for others, they go for a sweet, cuddly puppy to hug at night. Whether you’re one of the two, I’m sure that you’re all aware of what responsibility owning a dog requires. In this article, we will discuss with you why small dogs are better (sometimes).

Indeed, both types of dogs deserve all the tender loving care we, fur parents can give. However, it is a fact that it’s not always sunshine and rainbows when caring for a pet. Moreover, it can be chaotic taking care of dogs as they also have a pesky side. With that, it’s undoubtedly harder to endure a large dog’s foolishness. May it be ruining carpets, making a mess everywhere, and breaking stuff, large dogs are more prone to these things. On the other hand, owning a tiny doggo can lessen the odds of stressful troubles. 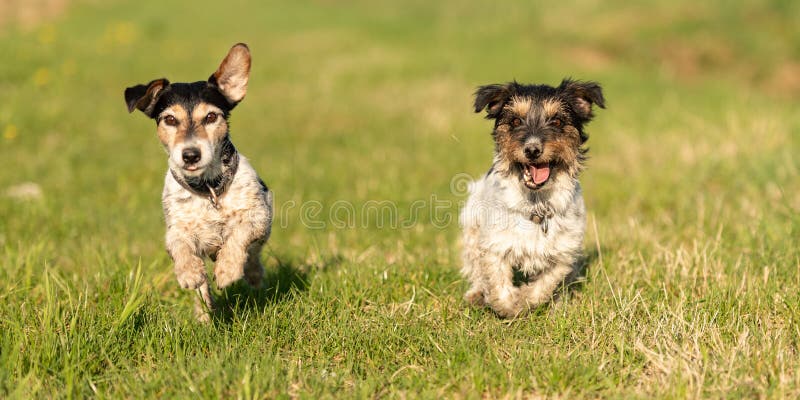 There are many reasons why you should choose to pet a small dog. Continue reading below to see the advantages of doing so. Happy reading!

Small Dogs are Easy to Manage 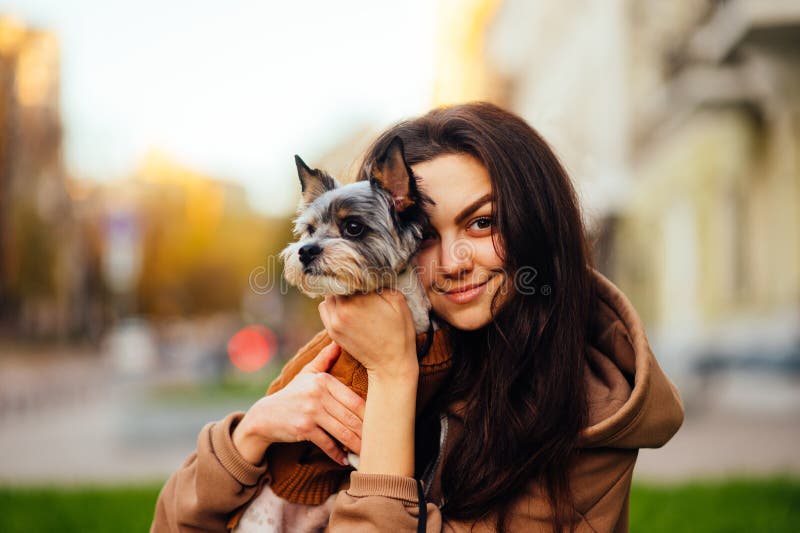 Puppies are easier to manage as you can establish dominance even when they’re old. You will have absolute control over their actions, and you can discipline them according to your preference. Because, unlike larger dogs, they know their capabilities, that’s why they are harder to control, given their size.

Moreover, if a puppy is misbehaving, all you have to do is pick them up, and you’ll have complete control. In addition, small dog breeds like Pomeranians, Corgis, Yorkies, and others are great companions because they are so chill! These dog breeds will do anything you ask and go wherever you want them to without hassle.

But of course, as we all know, all types of dogs will eventually stink after some time. However, when you own a smaller dog, they tend to stink less. Meaning, you will not have to give them baths as frequently as you would a giant breed. 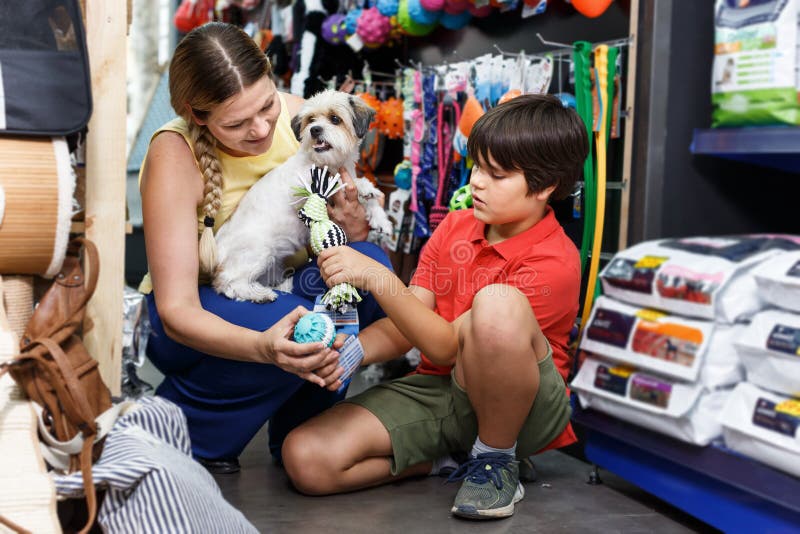 Owning a dog is like having a child; you’ll have to feed them, bathe them, and care for them. With that said, an enormous dog would cost you so much more than a tiny pup. You’d have a more petite mouth to feed, a little body to bathe, and an overall low-maintenance pet.

Try to imagine how much dog food you’ll have to buy for a relatively large dog every month. I bet the sum of that would already purchase a small dog’s supplies, food, and other necessities together. Moreover, there have been many testimonies about grooming being cheaper as well.

Additionally, medications for a tiny dog would cost less like flea medicines because of their petite size. So, in nurturing a lap dog, you’ll save more than half of the expenses in caring for a huge one. Choose wisely! 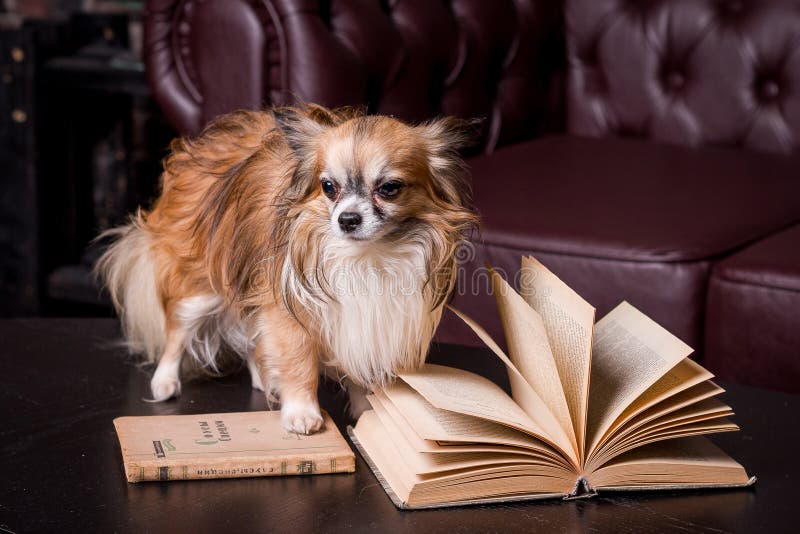 Since a little hound is one-fourth the size of a massive dog, they tend to produce smaller poop as well. Thus, saving you the energy of cleaning up a giant, stinky mess on the floor. After all, when it comes to dog poop, size will always matter.

To add to that, a benefit you’ll enjoy with small dogs is they don’t make a big mess at home. Given their size, they won’t be able to reach for things on tables and counters. Meaning, you won’t have to scrape food off the floors and sweep broken glass pieces, which can be dangerous.

But most importantly, it’s common for large dogs to drool, which might create an unpleasant mess. Hounds with jowly cheeks and lips can gather lots of salivae, leading to uncontrollable drooling. Though sometimes slabbering can be caused by a disease, it’s still better to dodge the possibility with a small dog.

Small Dogs are Great with Kids 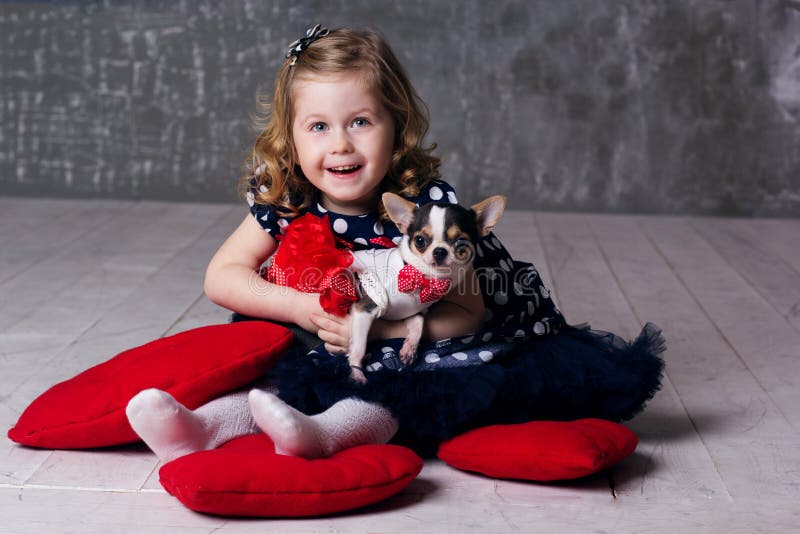 When you discipline small pups very well, they are most likely to be safe around children. In addition, cute little dogs barely scare babies and toddlers because of their tiny size. Moreover, smaller dogs have fainter barks that won’t frighten your children.

Smaller dogs can be your kid’s best friend while growing up. They can be buddies playing around and cuddling each other at night. And since tiny pups are easier to walk, you can make it a bonding moment between you, your child, and the dog. 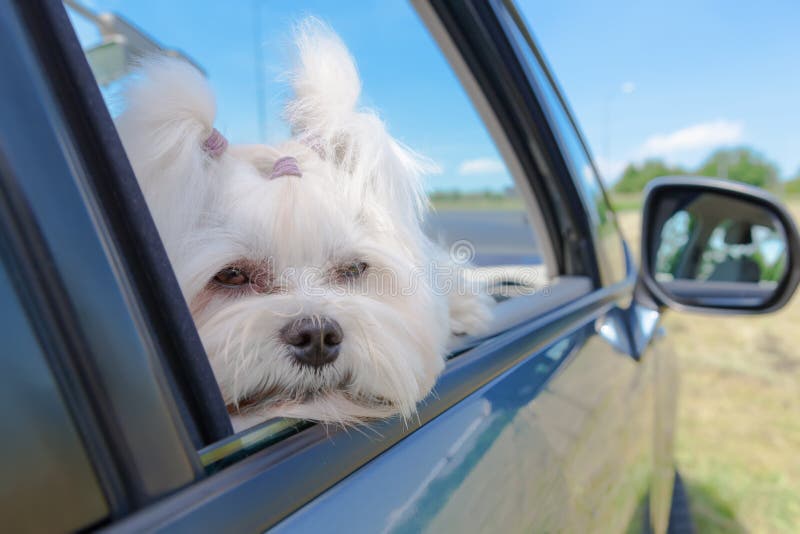 Without a doubt, large fur friends are bulkier to transport anywhere far. Indeed, a trip to the grocery store wouldn’t hurt, but traveling abroad would cause a handful. Smaller dogs with their slender bodies are easier to stow on a plane.

You wouldn’t have to pay extra money because the canines won’t stay on the hold of a plane. Instead, a tiny puppy can easily fit under your seat. As I’ve mentioned earlier, walking a lap dog is better as they won’t bother other pets or people you’ll encounter. 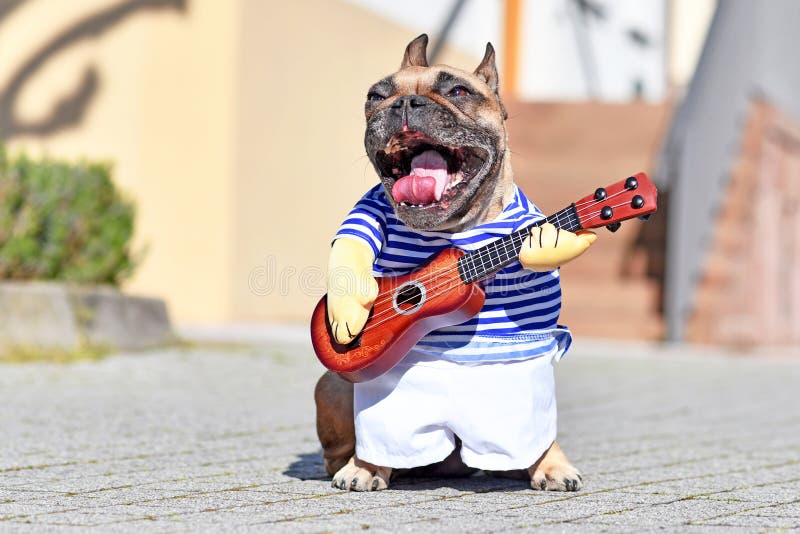 I believe every fur parent in the world loves to see their dogs in cute little costumes. Whether you want to dress the puppies for Halloween or have matching outfits, it’s so fun to glamorize them. With that said, you’ll surely enjoy dressing up an adorable tiny pup compared to a large dog.

Huge hounds have a masculine and natural aura; that’s why it’s harder to pick costumes for them. I’m not saying you can’t glam them up; it’s just with smaller dogs, you’ll be able to appreciate it more. 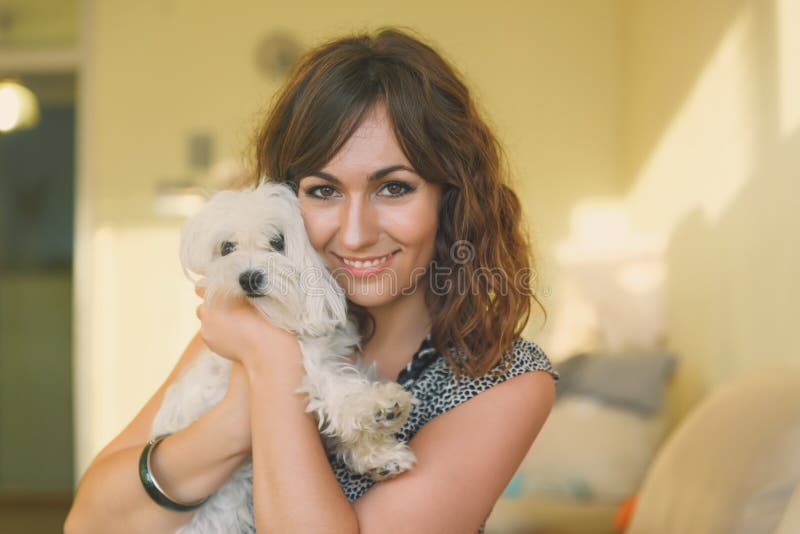 Indeed, everyone likes receiving warm cuddles and tight hugs, which is why they are better pets to have. Tiny pups are very affectionate, and if you want a cuddle buddy 24/7, you can count on them. Whether you’re working, watching tv, or reading a book, you can expect clingy pooches curling up next to you.

Moreover, puppies are small enough to carry in your arms and snuggle. While large dogs sometimes forget how big they are and end up crushing whoever they’re cuddling. But most importantly, small dogs give the warmest hugs on the face of the earth!

They Give You More Room 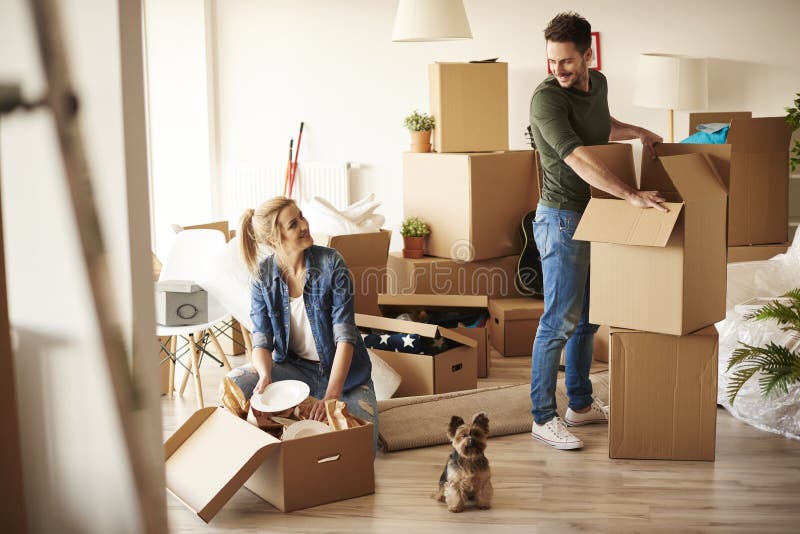 Every fur parent wants to sleep with their fur babies most of the time. It can be troublesome to have a good night’s sleep when your large dog keeps rolling over you. With small dogs, they won’t take an ample space on the bed, giving you enough room to sleep freely.

In addition, if you live in a smaller space, it would be ideal for getting a little puppy. The little ones won’t be demanding more room with their slender bodies, and they won’t create a big mess at home.

Lesser Visit to the Vet 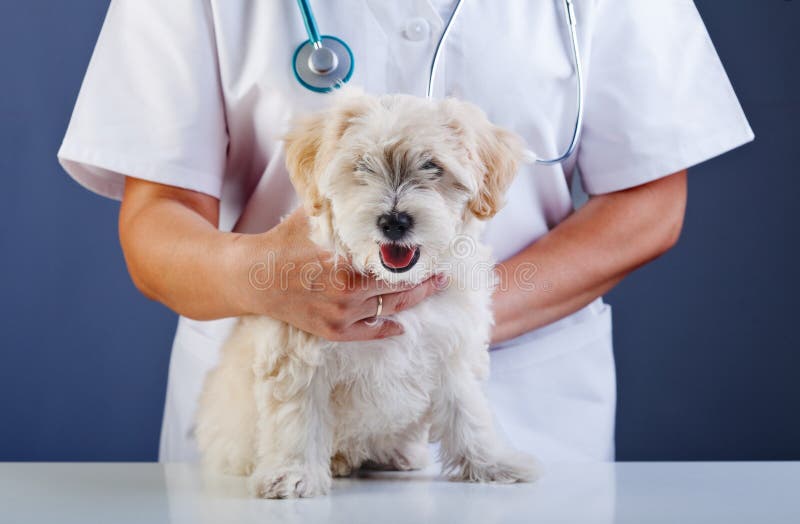 Large dogs are prone to vet visits since they age faster. You should remember that the larger the canine size, the more they are inclined to particular health concerns. Because of the dog’s enormity, researches show that they have more cells that can develop cancer in time.

With a small dog’s longer life span and slender body, you can expect fewer visits to the vet. Moreover, their medicines will cost far less than a large dog would. As little puppies age slower, you can expect that they will stay active for a longer time. 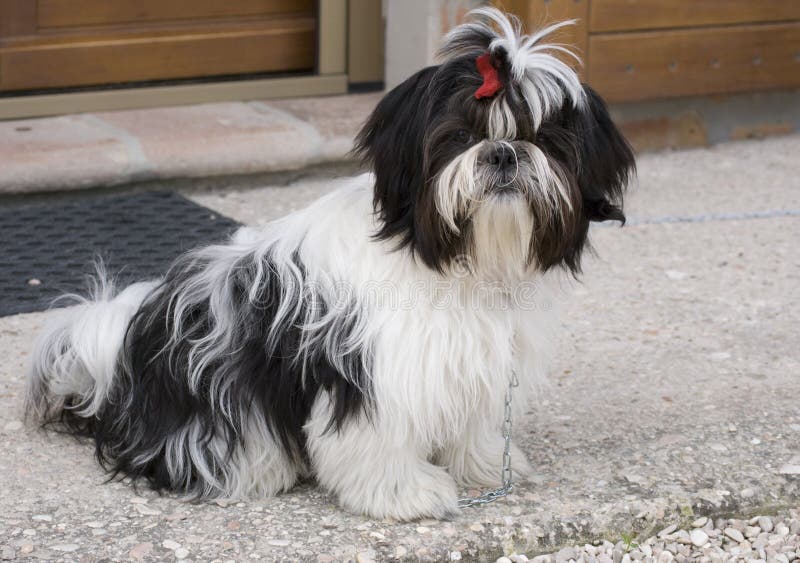 Dogs are already part of the family, and it’s always difficult to lose a loved one. Given that smaller dogs can live up to 12-14 years generally, they would be with you for a longer time. I know how hard it is to imagine living without our furry sidekicks, but that’s life.

With large canines, their life span ranges from only eight to ten years. Given their size, they tend to age faster and acquire illnesses after a short period. On that note, smaller dogs are better lifelong furry friends.

Except that small pup will give warm cuddles, fun playtimes, and crazy costume parties for a more extended time.

Summary of Why Small Dogs are Better

Though large dogs are better guard dogs, they have a few downsides that a smaller one can counter. With small dogs, you’ll get tender loving care a thousand times more than what you’re giving them. Moreover, small pups have the most affectionate personalities as they can feel whether you’re sad or in pain.

In addition, they cost less as they are not high maintenance like the larger ones. Grooming isn’t a handful as well since tiny pups shed barely, and they stink less frequently. And because of a puppy’s small mouth, they don’t drool as much as a gigantic dog would.

You can expect little hounds to interact in a friendly way with your kids while not scaring them off. To add to that, they would mean more attractive costume options for you!

Indeed, there are many reasons why smaller dogs are better fur babies that I couldn’t include in this list. However, I am sure that the ones I’ve mentioned are more than enough to prove that puppies are the best.

Fun Tricks for Dogs and Their People

10 Science-Based Benefits of Having a Dog(akc.org) 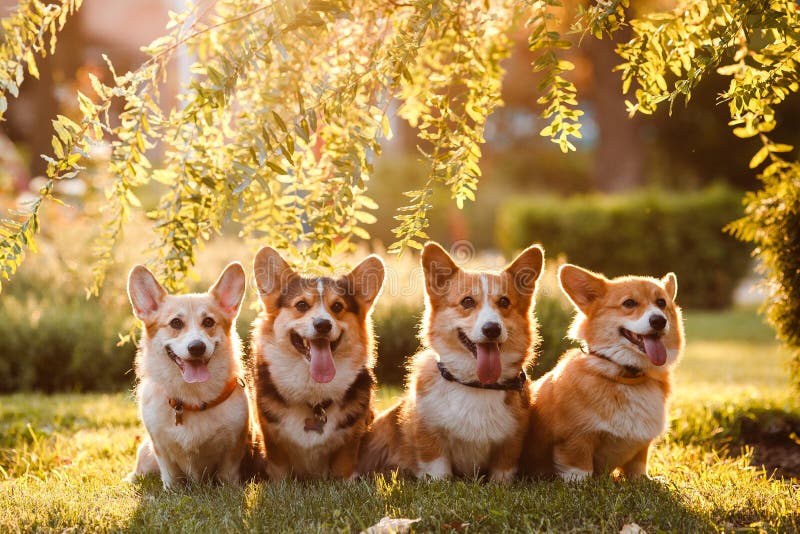