Zoe, American Eskimo Dog of my Heart: A Tribute to Zoe 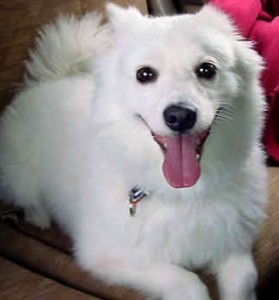 The American Eskimo Dog breed often is misunderstood due to their nature. Too often, this leads to them being given away or put into a shelter. Zoe was in a shelter after a bad home life. Our newest girl, Marshmallow, was given to me after her 4th home (at the tender age of 7 months) when the girlfriend didn’t like her. With any dog, learn about the breed and the individual before bringing them home. If that isn’t possible, at least give them a chance to blend into your family.

Zoe, American Eskimo Dog of my Heart: A Tribute to Zoe