Why Dogs Are Best Friends Of Humans, Top Reasons 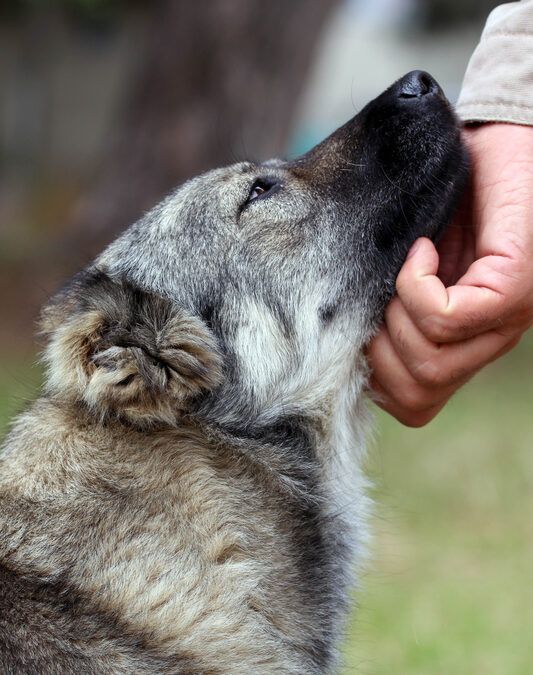 Since ancient times, dogs have been around as companions to humans. Studies and reports showed that they descended from wolves. They became domesticated thousands of years ago in Europe and Asia. They likely consumed the remains of what hunters ate and left behind. Later, they helped people herd and guard livestock. From there, it is clear why dogs are the best friends of humans.

In due course, our fur buddies helped mankind in other ways. They served as companions and for the socialization of humans. Today, canines even work to help people address all sorts of problems. Folks continue to appreciate them due to their loyalty, intelligence, and other characteristics. This is why more dog owners with fur babies continue to increase.

Their Loyalty Proves Why Dogs Are Best Friends Of Humans

Because they are pack animals, they commit their lives to their owners. They consider those who adopted them as their family. If they perceive their loved ones to be in trouble then they often become defensive on their behalf. Pet keepers get to enjoy the feeling of safety when their dogs are around because of this. 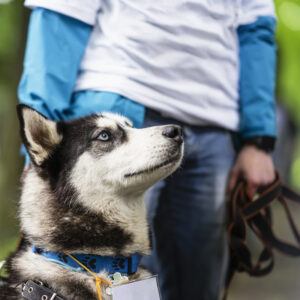 They make excellent friends because they do not pretend and provide unconditional love. This is one of what makes how dog became man’s best friend possible. It is typical for them to be very honest and show what they mean. They may not always agree with their masters, but at least they don’t betray the hands that feed them. They always show faithfulness and are ready to lay their life on the line.

Ideas On Why Canines Are Loyal

Dogs may be loyal to their keepers because they get food and shelter, according to Purina. But, through the years, domesticated canines learned to develop intimacy with humans. At first, they responded to the kindness that they get by showing devotion in return. Now, it may be natural for dogs to treat humans well.

They Are Friendly To People In General

Dogs are eager to please their keepers if their fur parents showed them love and care. They may even be warm to strangers when they don’t feel threatened. It’s because pooches are like humans and are also sociable creatures. They oftentimes build connections not only with humans but also with other canines.

Besides, they also release the hormone oxytocin when doing certain activities. This chemical, called the “love hormone”, stimulates positive feelings of pleasure and satisfaction. Dogs are like people who also get this from being affectionate or showing care. This is why they stare so much and love getting hugged, pet, and even kissed.

They Are Smart and Reliable

There’s no need to wonder how do dogs choose their master. It’s not strange why they can pick whom to protect during emergencies. They are smart animals that know how to decide for themselves. Making the right decisions is what they can be good at.

They often choose to go with and help the people who are giving them the most attention or those who feed them. But they can tell which ones are in most need of aid. It’s only because their instinct tells them which individuals are helpless for them. Aside from that, it is also possible to train fur babies and make them do tricks and take on tasks.

The Smartness of Dogs Studied

There’s an article by the Max Planck Institute about the history of the domesticated dog. Part of it explains that pooches turned smart with humans through evolution. This is why canines understand human attention and communication signals.

They also improve awareness of things and that is why dogs are best friends of humans. Because of their simplicity, they often remind keepers to appreciate life more. That is to say, the behavior of pooches teaches people a few important things. Those are to stay humble and remember naturalness. 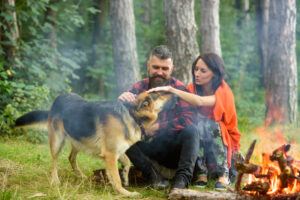 Interacting with fur babies may also let adult owners self-appreciation and accept kindness. Dogs are never pretentious and show that they are grateful and open to goodwill. Plus, they often don’t worry so much about what’s to come. This behavior of theirs can remind people to live in the moment and be thankful for the present.

Pups and grown dogs do more than provide companionship and all-out commitment. They also help with people’s health. That is to say, canines aid humans to have stress relief. Aside from that, they can aid in physical fitness. That’s because they demand playtime. Their energetic nature allows owners to have a good time and be active.

How dogs became man’s best friend isn’t a mystery at all, in this case. Pooches provide good company and help keep an active lifestyle. Thus, there’s a mutual benefit between dogs and their masters. Even canines feel great about having someone there with them and being able to put their energy to use.

Dog Owners Could Be Healthier People

A New York Times write-up said that a group of dog walkers were more active than folks without canines. They did 200 minutes more walking. It meant that they surpassed standard exercise guidelines for health. Responsible pet owners not only walk their dogs but also get adequate exercise.

They Make Great Friends For Children and Seniors

Them being ideal for kids and old people is also why dogs are best friends of humans. Pooches are not only loyal to their keepers, but also to their children and relatives. They can identify family members likely due to the similarity of their smell. Still, they can distinguish youngsters from aged folks.

More often than not, dogs interact with kids and the elderly in different ways. They make are more playful children since they know that they are still young and full of energy. They are likely more relaxed and affectionate to old people. That would be since they can identify seniors and tell that they are already feeble. So you can say that canines are quite considerate animals.

Dogs Are Capable Of Caring

These animals have the emotional intelligence to care. Part of a National Geographic article says that plenty of dogs prefers praise over food. These canines chose signals to see their masters over cues to access treats. So they are likely to care for the humans they have an emotional attachment to.

How do dogs choose their master? They listen to their fur parents’ voices and associate them with leadership. Oftentimes, they also try to focus their attention on family and even friends of their owners. It’s because canines care a lot about the person who owns them and also those they’re associated with.

Even if dogs can bark a lot and do stuff to pass the time, they focus on their owners. They don’t interrupt people when they’re talking unless they notice something important elsewhere. They even look at people straight in the eye to show that they care. Thus, they make fine creatures to express one’s feelings because of their attentiveness.

Canines Only Care For Who and How People They Are

Dogs don’t see the wealth, achievements, cleverness, and social status of their master. Pooches care about their masters’ presence and their concern for them. What matters to dogs is the heart of the folks that make sure they’re fine. So fur kids reciprocate kindness.

They wouldn’t be loyal to their masters or have raised oxytocin levels if they didn’t care. Although they love food, they care about their owners more. A lot of people are even saying that dogs seek their masters’ approval in a lot of things.

There are unique dog breeds and behaviors. Yet canines are often only good to their keepers when people treat them well first. They can be like children who turn out to be responsible and caring adults later. Like children, they need training, love, and good care to become the best they can be.

So, while pooches are pups, it may be wise to:

Why Dogs Are Best Friends of Humans

History and current happenings tell why dogs are the best friends of humans. Since the beginning of time, dogs and humans have lived together and helped one another. It is natural for dogs to be good companions when folks are kind to them too. They make great companions for the young and old because of their warm nature and intuitive personalities.